A+ A-
Print Email
Actress Katrina Kaif says the first thing she think of when she is thirsty is plain water.
The 28-year-old promotes mango drink Slice, but when asked what she turns to when she is thirsty, she told IANS: “The first thing is water!”“But when you’re looking for something that gives you energy, have something and craving for something different that’s where Slice comes into the picture. It’s a little more than just something to drink,” she added. 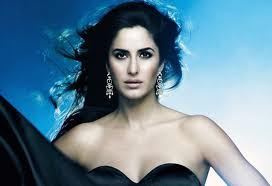 Considering that the actress is so fit, how come she promotes a drink, which could be sugar-loaded in nature.
“That was always a concern for me, that is why I did look into it before I signed the brand. But I think the good thing is that they are doing a good job in keeping that part in check,” said Katrina.
-*-
PVR’s Director’s Cut ties up with French bakery
Plush cinema hall Director’s Cut of PVR Ltd. has joined hands with French bakery brand L’Opera to offer movie-viewers a chance to experience sweet delights at the cinema’s lounge or even in the auditoriums.
Some of the brand’s classic offerings, including macarons, coffee eclairs, Opera and Mille Feuille, will be available on the menu.
“We are excited to further enhance our comprehensive guest experience with yet another exceptional offering such as L’Opera’s range of delicacies,” Renaud Palliere, CEO, International Business, PVR Ltd.
-*-
‘Himmatwala’ Ajay fights a tiger, again
In his bid to create the real melodrama of the 1980s, Sajid Khan has made Ajay Devgn fight a tiger in his ready-to-release “Himmatwala” remake.
The actor says this is his second stint with a big cat. However, this time he did it with proper safety measures.
“This is the second time I have fought a tiger in life after ‘Vijaypath’,” said Ajay and added: “We took complete safety precautions. And now it is much more easier (to do such scenes).”
“In ‘Vijaypath’ when I fought a tiger, there was no safety. Him and me in the cage, and fighting,” he added.
Sajid said that on the sets of “Himmatwala”, the tiger became so friendly with Ajay “that he was freely moving on the sets”.